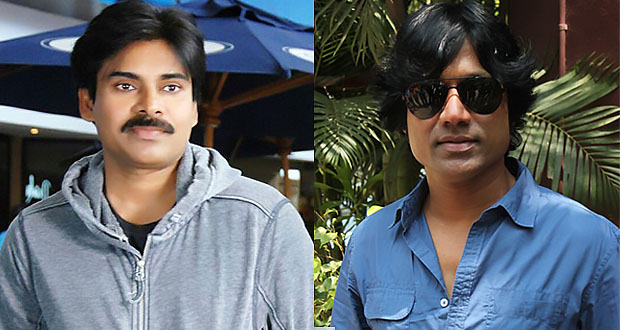 Powerstar Pawan Kalyan began his eventful acting career by choosing youthful subjects with comedy and fun. It was only much later he ventured into action based films with heavy dialogues and stunts. One such youthful entertainers which took Pawan Kalyan to superstardom is none other than Kushi which released in the year 2001.
Kushi was a memorable film for Pawan fans directed by Tamil filmmaker SJ Suryah. Now when the duo teamed up after a debacle like Komaram Puli, fans naturally expected Kushi 2. But latest reports reveal that it is not Kushi 2 but indeed Tamil superhit Vedhalam Telugu remake.
The pre-production activity is already on full swing and recently a music sitting was also done in Mumbai. A pic posted by lyricist Rama Jogayya Sastry with director Suryah and composer Anup Rubens is viral in the social media.
Pawan Kalyan is likely to start this project soon after SGS release without much of a break.
2016-03-15
Telugu BOX Office
Previous: Music sessions commences for Pawan Kalyan’s next
Next: It’s warp up for Stylish Star Sarrainodu