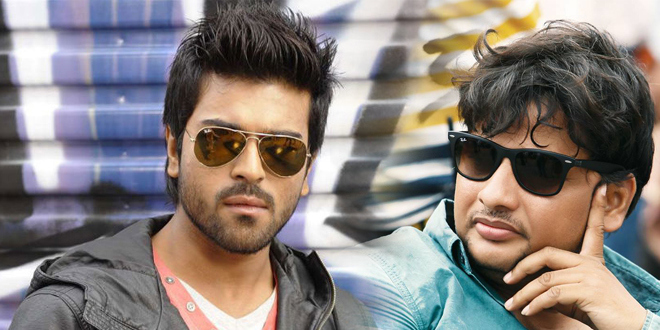 After the debacle of Bruce Lee, Mega Powerstar ram charan is back with his forthcoming project Thani Oruvan remake under the direction of Surender Reddy.

Ram Charan is donning a cop character in this movie that takes on an intelligent antagonist. Usually any action film of a star hero demands a powerful title that satisfies fans and matches the hero’s image. Even for Cherry, Rakshak was one title that was in discussion for a long while and now latest reports reveal that the title was officially confirmed as ‘Dhruva’.

The film’s regular shooting is going to commence from the 18th of February. Rakul Preet is sharing screen space with Ram Charan for the second time. We wish the team of Dhruva all the success and hope this Mega Powerstar satisfies his fans this new attempt.