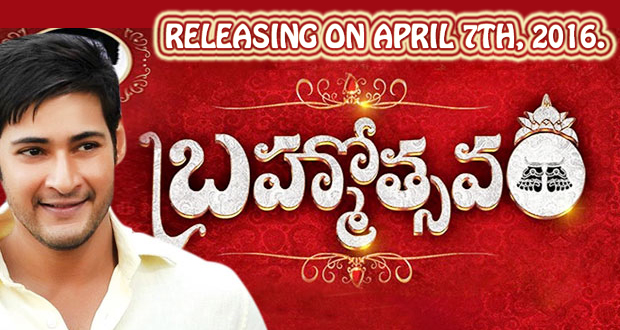 The regular shooting of Prince Mahesh Babu’s upcoming film, Brahmotsavam, is progressing at a jet pace in Hyderabad. As per the latest update, the makers have decided to release the film on April 7th, 2016.

It is heard that the makers are planning to complete the entire shooting part by February and wrap up the post production work in March.

Samantha, Kajal Aggarwal and Pranitha Subhash are the female leads in the film and young actress Chandini Chowdary is playing an important role.

Mickey J Meyer is the music director for the film. Touted to be a touching family drama in typical Srikanth Addala style, this highly anticipated film is being produced by PVP Cinema.

2015-09-24
Telugu BOX Office
Previous: Young Tiger to take a small break from hectic schedule
Next: Priyamani refutes rumors about her special song in Bunny’s next