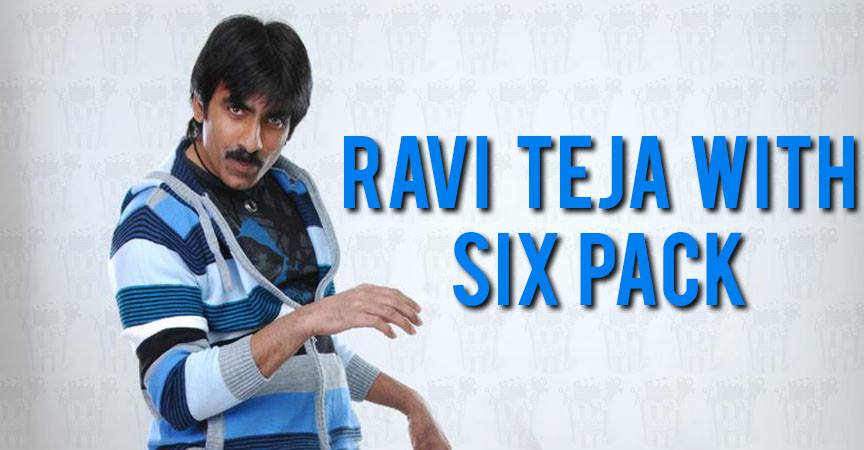 It looks like Tollywood is still going gaga about the six pack abs. It became a rage in the industry when Allu Arjun went shirtless for Deshamuduru. Last year, Young Tiger NTR grabbed the eyeballs with his stunning makeover in Temper. Now, it’s the turn of Mass Maharaja Ravi Teja to stun everyone his six pack body.

Yesterday, a couple of pictures of Ravi Teja sporting a six pack went viral in the social media. These pictures are now trending everywhere and the sudden makeover from the aged star has took everyone by surprise. Ravi Teja, in his last couple of outings, looked lean and everyone felt that he must work on his physic to fit the bill for the characters essayed by him.

It is learnt that Ravi Teja has decided to go the trendy way and has been working rigorously for his next project. The Kick actor will team up with debutante Chakri for an out and out commercial flick. A close source to the actor revealed that he is going to flaunt his abs in this film. Rashi Khanna is likely to play the female lead and DVV Danayya will bankroll the film which will go on floors in mid Summer.