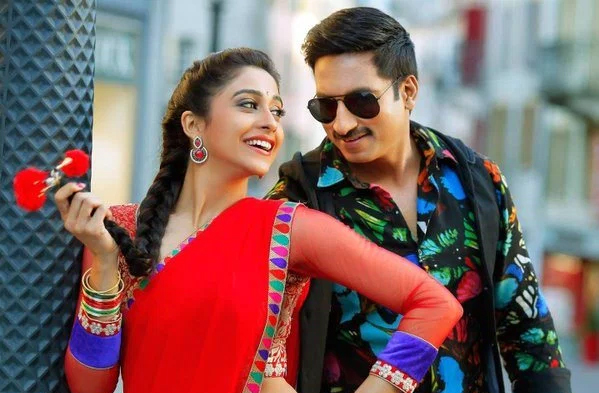 We had already reported that Macho hero Gopichand’s forthcoming film Soukhyam will hit the screens on December 25th. As per the latest reports, the movie will now release on December 24th
Though, the reason behind the pre-pone is yet to be known, this is good news for movie lovers. The audio and trailer, which were released recently, have been thumping response from the audience.
Touted to be an action entertainer, this film is directed by AS Ravikumar Chowdary and produced by Bhavya Creations. Regina Cassendra is the lead actress. Anup Rubens is the music composer.
2015-12-17
Telugu BOX Office
Previous: Review: Loafer – Puri Jagganadh’s formulaic commercial potboiler
Next: Nandamuri hero breaks Baahubali records