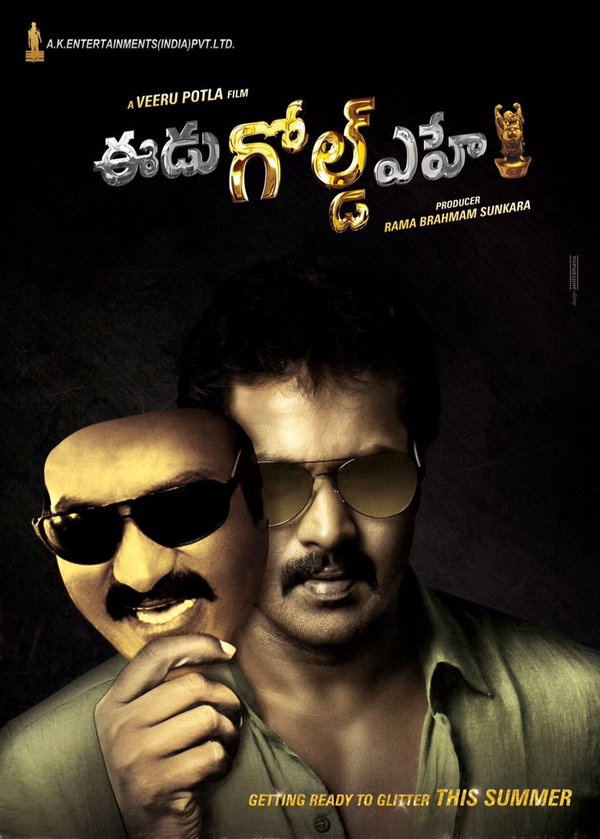 We had already reported that comedian turned actor Sunil will be working under the direction of Veeru Potla. As per the latest reports, the film has been titled Eedu Gold Ehe. A short while ago, the film’s director took to Twitter to release the first look poster of the film.
The first look poster showcases Sunil in a quirky avatar. Shooting of this film will go on floors after Sunil wraps up his current projects. The remaining details of the star cast and technical crew will soon be announced.
Touted to be a hilarious entertainer, Anil Sunkara of AK Entertainments will produce this film , which is scheduled for a summer 2016 release.
2015-12-17
Telugu BOX Office
Previous: Bhale Manchi Roju Censor formalities completed
Next: Review: Loafer – Puri Jagganadh’s formulaic commercial potboiler