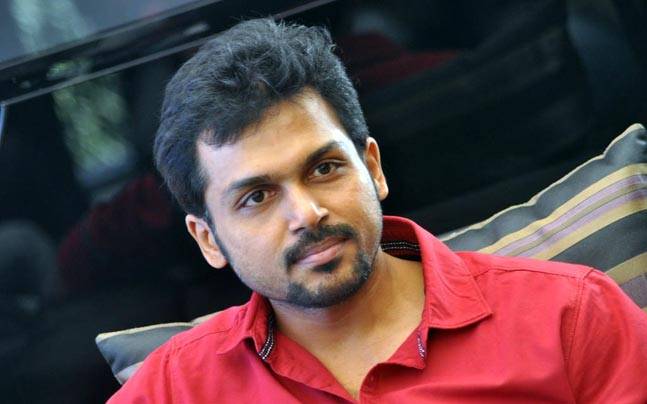 Kollywood is a place where there is ample scope for experimentation along with heroes not hesitating to adorn challenging attires – away from their comfort zone. Tamil hero Suriya is one hero who always does this and now his charming brother Karthi is also following the same path!

His latest film Kashmora’s first look poster released and it showed Karthi in a never-seen-before look with vicious eyes and bald headed look. This look reminded the fans of the dreaded Kalakeya look from Rajamouli’s Baahubali. Karthi has been heaped with praises for his tremendous hard work and his stunning makeover for this film! Well comments are already rife that it is not ‘Kaashmora’ but ‘Kalakeya 2’.

Anyways this new age horror Kaashmora written and directed by Gokul is scheduled to be a Diwali release. Music for the film is being composed by Santhosh Narayanan (of Kabali fame).